Samuel Malcom O'Connor was born March 7th, 2008. He was three weeks early but appeared to be healthy and was just over 5 pounds at birth. Sam become seriously ill on his fourth day of life. In a matter of just a few hours his condition worsened to the point that he was severely dehydrated even though he was eating well. His weight had dropped down to 3 pounds 6 ounces and he was fighting to survive.

Sam was re hydrated and stabilized thanks to the spectacular staff at the NICU at Children's Hospital of Wisconsin - Fox Valley. Test after test was done to try to determine what was wrong with Sam. Every time we began to feed him he would get seriously ill. We were prepared for the worst and at many points thought that we would never get to bring Sam home. After 6 weeks of testing it was decided that they had ruled out everything they could with non invasive tests so Sam was moved to Children's Hospital of Wisconsin - Milwaukee.
After an Endoscopy and Colonoscopy were done to retrieve biopsies from several places in Sam's body he was diagnosed with extremely rare genetic disorder called Microvillus Inclusion Disease that affects Sam's ability to absorb fluid and nutrients normally. Because of this Sam is completely dependant on TPN nutrition which comes with it's own set of risks and complications. After much preparation, we took Sam home on May 29th, 2008. Very shortly after we arrived home Sam began to show signs of TPN associated liver disease and we began to make plans to take Sam to Children's Hospital Boston for an experimental treatment to help reduce and prevent liver damage he was experiencing.
On August 4th, 2008 Sam became the 94th baby to be treated with Omegaven (refined fish oil) at Children's Hospital Boston for his TPN associated liver disease. Getting there has been a challenge - mentally, physically, financially... but we continue to fight for Sam and his health.
In the first year Sam gained back much of the ground that he lost due to his frequent and prolonged hospital stays as an infant. Today you would never know, by looking at him, what he has gone through in his short life.  His website is dedicated to following his journey through life. 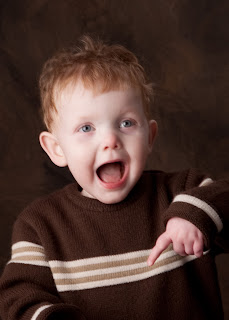