A busy few weeks and more to come.

The past two weeks have been crazy busy for our family.  We had Sabrina, an associate producer for NBC news at our house for a day and a half.  Sam was ready to be taped and made a new friend. 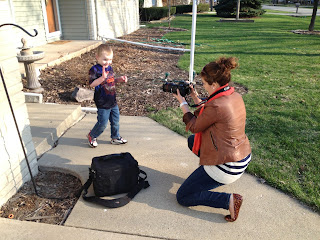 Deb and I got to go out for dinner and drinks with friends thanks to Uncle Todd and Aunt Tanya watching the boys.  A much needed break.  The next day we all headed to the zoo for some more fun. 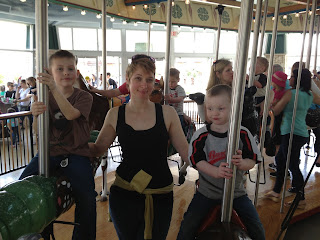 On Tuesday we flew to Boston.  We were not due to be back in Boston until June but NBC wanted to get some footage of us in Boston and they were already in town interviewing Dr. Puder.  We spent some time at the hospital with the camera crew and had our monthly labs drawn. It was a long day for everyone as Sam ended up in the ER in Boston Tuesday night with an ear infection. 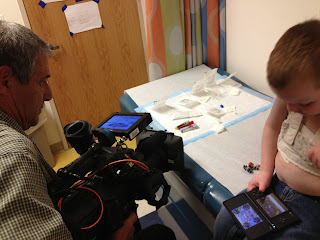 It was an interesting experience to watch all of the production that goes into this type of news story. Hours and hours of tape and work just to put together less than 10 minutes of television. 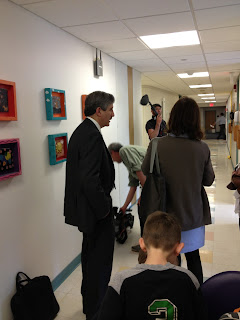 Deb and I were interviewed at length about Sam's entire life and our experiences over the past 5 years. Then the boys headed out to Boston Common for their own interview. 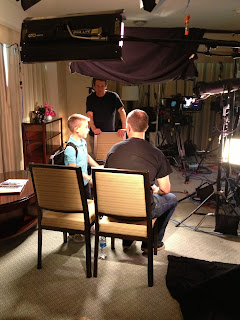 Thursday we had a free day in Boston and spent some time at the harbor. 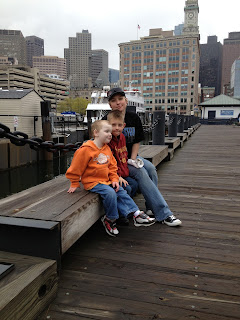 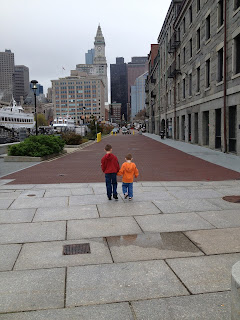 We also spent a few hours at the New England Aquarium. 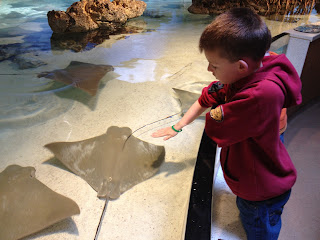 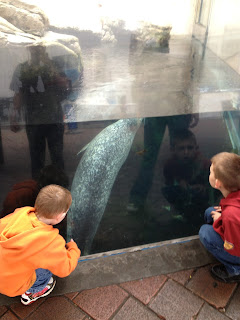 Unfortunately Sam was not feeling well on Thursday and was very fatigued.  We still managed to head out for dinner to meet up with Mallory Cyr and her boyfriend Owen.  Mallory also has MID and we have been trying to meet up with her for awhile.  She thanked us for not being weird. Apparently we are better actors than we thought.  Maybe all of this time in front of the cameras is paying off. 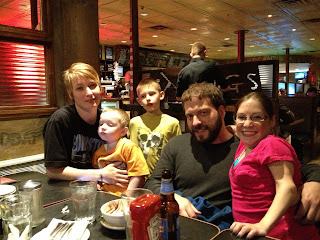 On the way home Ryan got to visit the cock pit and meet the the people who were going to get us home safely.  Sam looked at Ryan like he was crazy.  Airplanes are no big deal for him. 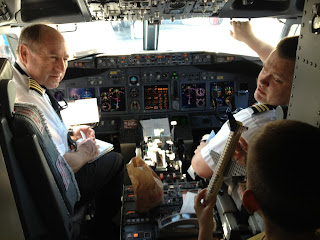 We were back home in time for mothers day.  It was nice for all 5 1/2 of the grandsons to spend the day with Grandma.  Amazing that we could get them to all be still at the same time for a picture. 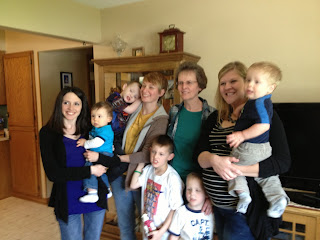 Unfortunately, Sam was still not feeling well on Sunday.  He was very fatigued and was just not himself.  By Sunday night we were really starting to worry. Labs from Monday were all normal and blood cultures are still clean.  He started to perk up a little on Monday and was almost back to normal today, his first day back to school in a week.

Next weekend we will hopefully find a few minutes to rest and recharge.  I think we are booked every weekend after that until sometime at the end of summer. We are excited to get our camper out and spend some time in the woods. We are also excited to be attending the annual Oley Conference for the first time this year.  It will be a great opportunity to spend sometime with other families who deal with some of the same issues we do on a daily basis.

The Omegaven news story will air on Rock Center with Brian Williams on NBC on June 14th at 10:00E/9:00C.  Make sure to tune in and check it out.

We have also added a new facebook page to go along with this website.  We are much better at posting updates on facebook so we are hoping that will continue with the new page.