The last few months have been a roller coaster ride for us.  Summer is always a busy time, but this year has been unusually hectic and crazy.

The filming and the airing of Sam's story in June on NBC was a pure adrenaline rush. We were excited to see the story air to a national audience, but were relieved when it was over.  After the story aired it felt like something was missing, we need to think of new ways to help spread the word about Omegaven.

Another parent has started a Change.org petition to the FDA to change the compassionate use guidelines for Omegaven.  Please help by visiting and adding your name to the petition and then sharing the link with your friends and family asking them to do the same:

Just over a week after the NBC story ran we were packing up to head to Boston for the third time in three months, the second month in a row that our entire family traveled out there.  This time we were headed to the 28th annual Oley Foundation Conference after our regular clinic visit at Children's. 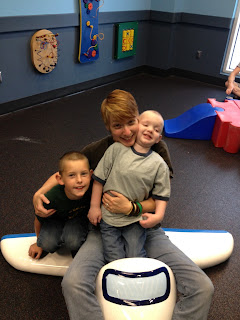 We had never had the opportunity to attend one of these conferences, but have wanted to for a few years.  It was an awesome experience to meet so many people that we have connected with online over the years and to reconnect with families that we had met briefly before. 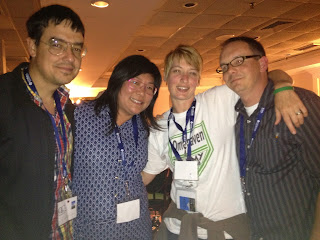 We got to spend a fair amount of time with three other families who have children with Microvillus Inclusion Disease.  It was so relaxing to spend time with all of them and hear the laughter as we shared experiences and stories (and too much beer), compared notes, and spent time with people who truly know exactly what we go through on a daily basis.  We also got to have lunch with part of one of our favorite MID families Anna and Mike Cyr. 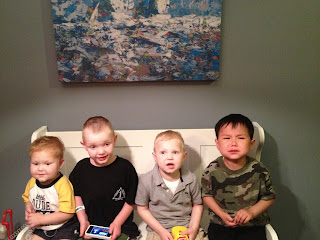 Bradley, Sam, Declan, and Bo.  Pure craziness having 4 boys hooked all hooked up to TPN together in one living room along with 3 siblings. 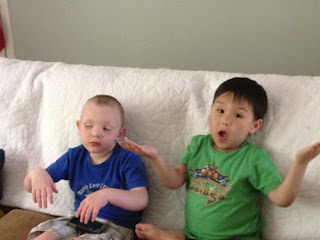 I also had the honor of shaking the hand of Dr. Stanley Dudrick, who invented TPN, and hear him speak about his experiences during the creation and trialing of TPN.  It was a little scary to hear how many similarities there are between his experiences with being shunned by his peers and the political issues he dealt with the in 60's and what Dr. Puder has experienced with trying to get Omegaven approved for use in the U.S. by the FDA.  Very little has changed in over 50 years. 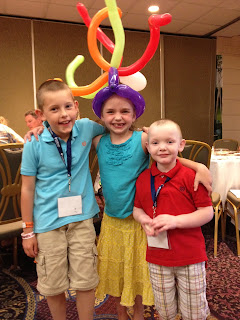 We also got to spend a fair amount of time chatting with our team from Boston as well as Dr. Puder who were all in attendance at the conference. 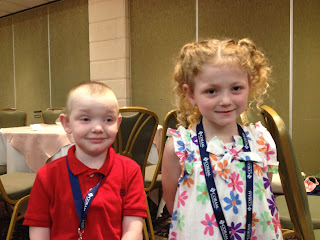 All in all a very positive, although exhausting, experience that I would highly recommend to anyone who is dependent on TPN or tube feedings. 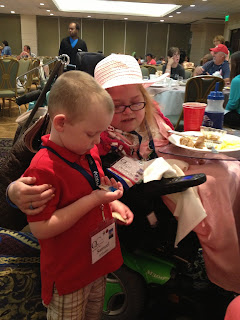 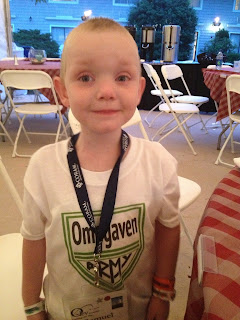 We got to spend the 4th of July with my old friend Ryan and his family who we haven't seen in a few years.  It is always nice to know there are people out there that you can not see for a few years and pick up right where you left off like no time has passed. 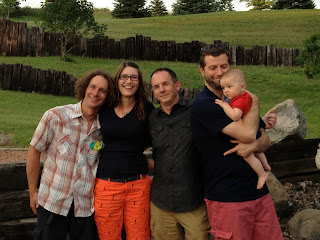 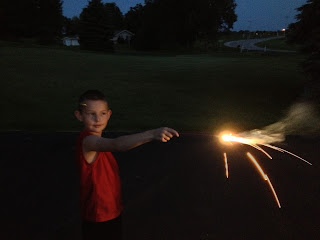 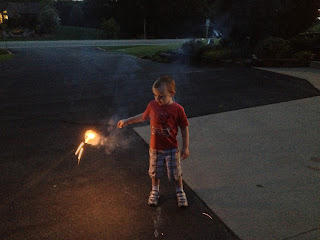 On the 6th Deb and I got a much needed break from the boys and headed to the first concert we have seen together in over 10 years.  Thanks to our friends Mel and Marc for spending the day with us and driving us all around the state. 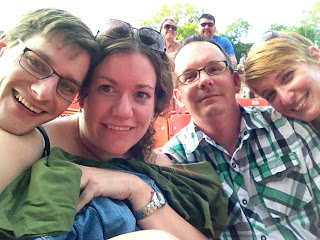 On the 8th we spent the day at Silver Lake with Ryan's family.  Our son Ryan got in some scuba diving and both boys enjoyed time on the boat and just hanging out in the water.  It was very hard to say goodbye again to our good friends. 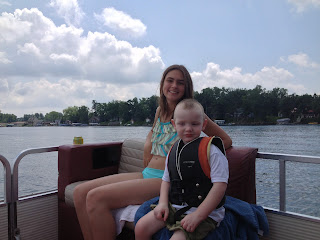 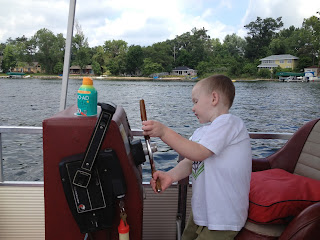 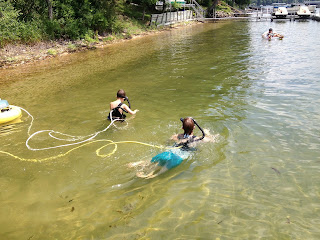 With heavy, but happy, hearts we headed home to what was supposed to be a few weeks of being back to our normal routine.

Fate had other plans.

It was a long day and we were all exhausted.  We looked forward to sleeping in the air conditioned house and waking up to start a new day.  That night when we went to bed we had no idea that we were about to have an experience that would make us appreciate our lives and experiences so much more.

At 2:30 AM our doorbell rang. I sat up in bed, as did Deb, and my reaction was to ask who in the heck was ringing our doorbell at 2:30 AM.  Then the bell rang again, then it started ringing nonstop, then the pounding on the door started.  I jumped out of bed and instantly knew that something was wrong.  It was too bright in our room, the Sun shouldn't be hitting the window in our room at that time of the morning.  When I got to the door I was told by a very shaken police officer in an urgent tone that the house next to us was on fire and we needed to get out of our house as fast as we could. Between switching TPN from the pole to the bag, getting clothes on everyone and getting a leash on the dog I think we made it in two minutes.  If we had realized how serious our situation was we might have moved faster.

I remember being told to run as soon as we got out of the house, which was right about the time that the last Oxygen tank in our neighbors house exploded.  I remember being relieved to see our neighbor sitting in her wheelchair in the driveway a few houses away.  Then they started evacuating more houses and moving us further away. Everything happened so fast that it is mostly a blur. 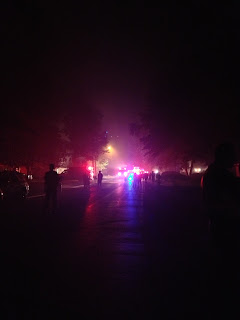 We sat waiting in fear and had no idea if the fire had spread to our house or if our house suffered any damage.  Eventually we were allowed to go back to our house.  We were very lucky, but we wouldn't find out until later that morning just how lucky we were. The fire department saved our house.  We have a large tree to be taken down and  a portion of our yard will need to be excavated to remove all of the glass from the windows exploding next door. The siding on that side of our house and both of the bedroom windows on that side will need to be replaced.

Our elderly neighbor was not as fortunate.  Her house and almost everything in it are a total loss.  The fire and explosions knocked the front and side of the house off of the foundation.  Nobody was hurt, that is the important thing.  Everything else is just stuff.  She barely made it out of the house in time, and was only able to do so because the police officer who arrived on the scene before the fire department went into her burning house, found her, and carried her out of the front door just moments before the first oxygen tank exploded. 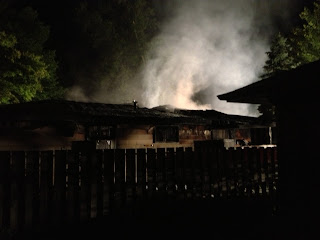 Later I would learn that our gas meter, which is on the side of our house between our bedroom windows, was a major concern for the fire department and the reason for the evacuations of several houses in each direction.  The heat from the fire was so intense that a seal could have failed on the meter and we would have lost our entire home.  Luckily there is a 6 foot wooden fence between the houses that deflected a good amount of heat. 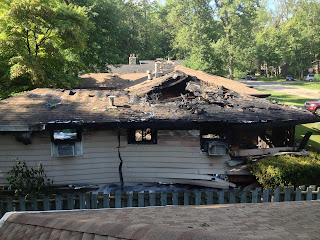 All of this was caused by a faulty wire in a ceiling light fixture.

The boys have mostly recovered, but Sam is having nightmares and wants to have fire drills to prepare for another emergency.  Ryan got to tour a firetruck and be interviewed for the local news. 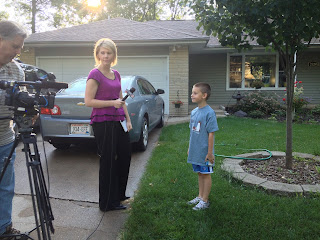 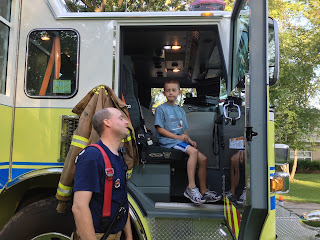 While we wait for insurance to work out details so that our house and yard can be repaired and her house can be torn down we are reminded every day of that night and how much worse it could have been.

In the short time since then, Sam has lost his first two teeth and has two new ones coming in.  By the looks of the new teeth, we may have a visit to the orthodontist in our future as they are pretty crowded. 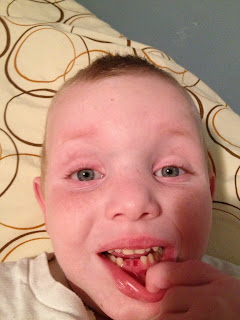 Last week we spent the week in our favorite campground located in the Chequamegon-Nicolet National Forest.  It was a fun filled week spent with family although it was unseasonably cold and a little wetter than we would have liked.  We spent a few days at the beach and the kids played for hours with their cousins.  It is so much work to camp with the kids, but the memories that are made spending time with the extended family in the campground are well worth it. 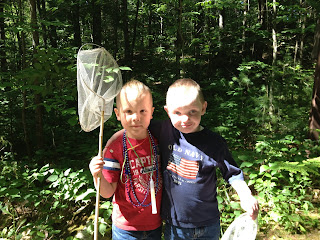 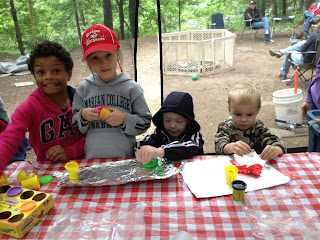 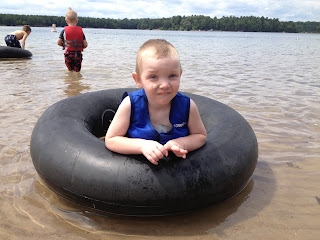 Our family had a near disaster while camping when a large limb from a tree fell on my cousins tent when everyone was sleeping.  It was a close call for them as the branch narrowly missed where my cousins oldest daughter was sleeping. 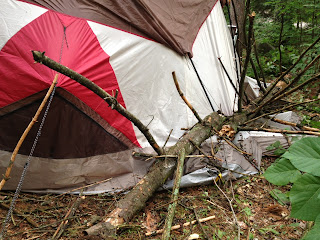 In between all of this we have somehow found a few minutes here and there to spend time with the neighbor kids and spend some time in the pool. 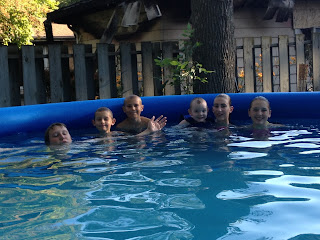 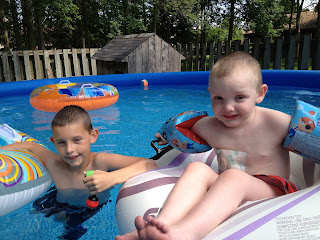 In just a few weeks the boys will return to school and when they are asked what they did on Summer vacation, they should be able to have plenty to tell. I hope their teachers are prepared for their story.
Posted by Jason O'Connor at 10:34 PM